Building on our collaboration with Adelaide Symphony Orchestra we continue our Art Talks Series to give you the chance to hear directly from the artists.

A unique in-conversation with Genevieve Lacey in which she’ll talk about the art of programming and the collision of musical worlds. 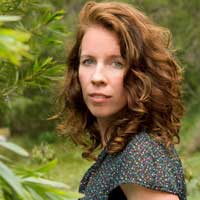 Genevieve Lacey is a recorder virtuoso, serial collaborator and artistic director, with a significant recording catalogue and a career as an international soloist. She has created a substantial body of large-scale collaborative works across radio, film, theatre, public art and performance, and has also premiered scores of new works, written especially for her. 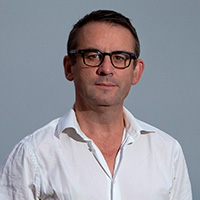 Paul Kildea is an award-winning conductor and the author of the acclaimed  'Benjamin Britten: A Life in the Twentieth Century', published by Penguin in 2013 and described by the Financial Times as "unquestionably the music book of the year".

Benjamin Britten: A Life in the Twentieth Century by Paul Kildea 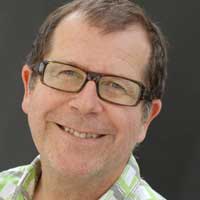 Neil Armfield AO is widely acknowledged as one of Australia’s greatest theatre, opera and film makers. He was Artistic Director of Belvoir Street Theatre in Sydney from 1994 to 2010. He has directed for all of Australia’s state theatre companies, Opera Australia, The Welsh National Opera, The Bregenz Festival in Austria, Zurich Opera, Canadian Opera, Houston Grand Opera, English National Opera, The Lyric Opera in Chicago and the Royal Opera House, London. He was awarded an Officer of the Order of Australia in 2007 for service to the arts, nationally and internationally. 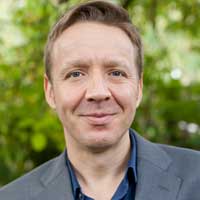 A unique Art talk that will feature Paul Rissmann with other specialists exploring creativity in arts education. This Art Talk coincides with UNESCO Arts Education Week (22 – 27 May), DreamBIG Children's Festival (18 – 27 May) and Adelaide Symphony Orchestra’s Festival of Learning & Participation (2-10 June).

Paul Rissmann is a composer, presenter and music educationalist. He currently holds the position of Animateur with the London Symphony Orchestra (LSO) and is Children’s Composer in Residence for Music in the Round.

Paul is passionate about music education. His work in this field has received awards from both the Royal Philharmonic Society and the Royal Television Society. Paul has produced a series of highly interactive works that enable thousands of people to perform as equals with professional musicians.

As a concert presenter, Paul has performed with many leading orchestras in America, Australia, Europe, India, Malaysia and the Middle East. Full biography

Paul Rissmann, Music in the Round's Children's Composer in Residence
Paul Rissmann talks about Incredible Adventures: A Family Concert for Young Children
Addicts' Symphony: Rhapsody for the Tamed
InDaily, How music became the love of my life

Erik Kaiel
Arch8, the Netherlands
Choreographer Erik Kaiel has been making dances for many years. In subway stations, sculpture gardens, empty swimming pools, city streets, and occasionally on stage.  After a decade in New York City, he moved to the Netherlands. He performs, choreographs, and teaches throughout the Netherlands, Europe, and the world. His award winning performance Tetris is touring the world at the moment, including DreamBIG. Full biography

Naomi Edwards
Artistic Director, Patch Theatre Company
Naomi Edwards is the Artist Director of South Australia’s premiere children’s theatre company, Patch Theatre Company. A highly experienced and accomplished stage director and arts educator, Naomi joined Patch in 2013, providing four to eight year old children with the same high quality theatre experiences that adults expect. She recently directed Miriam Margoyles performing Peter and The Wolf  with the ASO for the Adelaide Festival. During this experience, Naomi discovered the fascinating story of Natalya Sats - an incredible Russian director who commissioned Peter and The Wolf  for her children's theatre. Previously, Naomi has worked extensively with Australia’s major theatre and opera companies, making work for both adult and young audiences. As an arts educator, Naomi has led programs and taught in many contexts including education, community, youth, deaf and metal health contexts. She has held several leadership positions, including Head of Drama at Islington Arts & Media School in London and Education Manager at Sydney Theatre Company.

Professor Stephen Dobson
Dean and Head of School: School of Education, UniSA
Born in Zambia, Professor Dobson grew up in England and has previously lived for many years in Norway. Prior to entering higher education he worked for thirteen years with refugees as a community worker. His research and teaching interests include assessment, professional development, refugee studies, bildung, inclusion and classroom studies. He has published a collection of poetry, including a collection in Norwegian, entitled Flukt (flight) which looks at the experience of refugee migration. He is a guest professor at the Centre for Life Long Learning, Lillehammer University College, Norway.  Dobson is fluent in Scandinavian languages and a member of the Teacher Education Expert Standing Committee for the Australian Institute for Teaching and School Leadership.

Associate Professor Susan Hillier is an academic and clinician with teaching and research interests in the broad field of neuroscience and rehabilitation. Susan also has an interest in movement education and intervention approaches for other populations such as children with developmental coordination disorder or people who are ageing.