Voices from the Climate Front Line

Facing severe and disproportionate impacts from climate change and the fossil fuel industry, Pacific Islanders and Aboriginal and Torres Strait Islander Peoples are fighting hard to protect their land and their future and to build a fairer and brighter world for all.

In December 2015, at the Paris Climate Change Conference, the world reached a universal agreement for tackling climate change. The months since Paris have delivered forceful reminders of what is at stake: monthly temperature records have been shattered, the Great Barrier Reef has suffered unprecedented bleaching, Cyclone Winston brought devastation to Fiji, and a super-charged El Niño wrought havoc across our region. Nonetheless, Australia has failed to bring its actions into line with the goals of the Paris Agreement and is risking a future of increasing dangers and hardship.

For Aboriginal and Torres Strait Islander Peoples, climate change and the damage to country from fossil fuel extraction comes on top of a history of injustices and is compounding existing challenges. For Pacific communities, climate change presents an increasingly existential threat, with large numbers of people, and in some cases entire nations, at risk of displacement from their homes and livelihoods over the coming decades.

This panel discussion will hear young leaders from the Pacific Islander and Aboriginal and Torres Strait Islander communities discuss their experiences of climate change and the determined efforts of their communities to drive stronger national and international action.

This event is part of UniSA's 25 Birthday Festival, running from 5.00 -10.00pm. Come along and enjoy the festivities with live music, street performers, food vendors, a pop up bar, outdoor cinema, art market and art exhibitions. 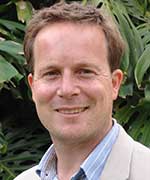 Dr Simon Bradshaw has been a researcher, policy advisor and campaigner for climate action for over a decade and with Oxfam since 2012. Simon’s work with Oxfam has taken him to many countries in the region and to successive rounds of international climate negotiations. He has authored reports on international climate finance, climate change and the Pacific, the role of renewable energy in reducing poverty, and how Australia is measuring up against its international responsibilities on climate change. 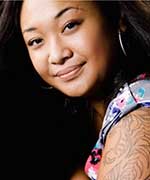 Her work includes the People's Climate, storytelling workshops, a featured artist at the Melbourne Writers Festival, public speaking, and currently showcasing dresses for a Pacific Runway show to highlight climate impacts and landfill waste through fashion.

Lia is a Torres Strait Islander woman, whose family comes from Badu and Poruma Island. She lives in Brisbane on Jaggera country, and is currently studying a Bachelor of Arts and Business at Griffith University.  She first started getting more involved in climate action at her university.