After initiating a one day conference ‘Towards 3%’ which was held on Thursday 2nd June to challenge workers in the justice system and in the community to work together to reduce the incarceration rates of Aboriginal people, Chris Kourakis has placed, quite centrally on the State’s Agenda the rates at which Aboriginal People are incarcerated. 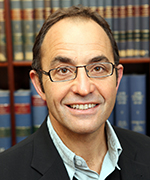 The Chief Justice, Chris Kourakis invited 80 guests to the Port Adelaide Football Club to discuss all possible strategies to set targets to move Aboriginal prison rates from 24% in the adult population towards 3%.  In this 2016 Amnesty International Oration, Chris Kourakis will discuss the issues on how to reduce the high level of incarceration and his thoughts on how it can be achieved.

This action closely aligns with Amnesty International’s Community is Everything Campaign which, as one part of the campaign, is asking the Australian Government to set a national target to reduce Indigenous youth detention rates.

Chris Kourakis is South Australia’s Chief Justice of the Supreme Court.  He started his legal career in 1982 when he was admitted to practice.  He was articled at Johnston Withers McCusker, Worked at the Legal Services Commission and was the Legal services Commissioner in 1993 a position he held for four years.

He has also been awarded an honorary Degree of Doctor of Laws by Flinders University April 2015.