The future of higher education in Australia

Higher education in the twenty-first century is undergoing profound metamorphosis. In a neo-liberal age of privatisation, will universities adapt or perish? What is the right business model for universities, and what role do governments have in providing adequate funding for teaching and research? Will online education herald the death of the traditional academic? Are MOOCs (massive open online courses) the way of the future? Join our distinguished panel for a lively debate on changes to the policy, regulatory and funding frameworks of higher education in Australia and beyond, as universities seek to confront the challenges of our brave new world.

Presented by The Bob Hawke Prime Ministerial Centre and The Hawke Research Institute. 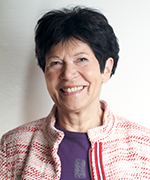 Helga Nowotny is Professor emerita at ETH Zurich in social studies of science. She was President of the European Research Council (ERC) between 2010 and 2013 and founding member and Vice-President from 2007 onwards. Currently she is Chair of the ERA Council Forum Austria and Vice-President of the Lindau Nobel Laureate Meetings. Helga Nowotny has published widely in social studies of science; science, technology and innovation policy; and on social time. 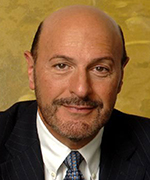 Emeritus Professor Schwartz served as vice-chancellor of three universities: Murdoch and Macquarie Universities in Australia and Brunel University in England. After retiring from Macquarie University in 2012, Steven took up several roles. He is Executive Director of the Council for the Humanities, Arts and Social Sciences (CHASS) and Chair, Australian Curriculum, Assessment and Reporting Authority (ACARA). He also serves on the Advisory Boards of Teach for Australia, the Australian Scholarship Foundation, the Global Foundation and Acquire Education. Steven was formerly Chairman of the Fulbright Commission. He is a fellow of the Academy of Social Sciences, of the Australian Institute of Company Directors, an Academy of Science-Royal Society Exchange Fellow and a NATO Fellow. He is the author of 13 books and more than 120 scientific articles. 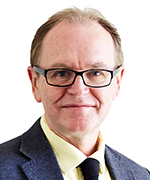 He has held various major research grants and has published books, monographs and articles on the court system, legal ethics, family law and children's rights. In 2012 Stephen was elected a Fellow of the Australian Academy of Law. Stephen was awarded an Officer of the Order of Australia (AO) in January 2014 for his distinguished service to tertiary education. 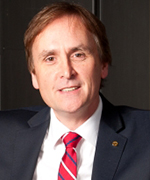 Professor Anthony Elliott was educated at the universities of Melbourne and Cambridge, where he was supervised by Lord Anthony Giddens, architect of the Blair Government’s Third Way. Professor Elliott is the author and editor of approximately thirty books, which have been translated or are forthcoming in over a dozen languages.

Following two consecutive ARC Research Fellowships at the University of Melbourne, Professor Elliott was appointed to a Research Chair in the UK in 1999. He subsequently became Professor of Sociology at the University of Kent at Canterbury, prior to returning to Australia in 2006 to take up the Chair of Sociology at Flinders University, where he was for a period both Head of Department and Associate Deputy Vice-Chancellor (Research).