with Professor Geoff Gallop AC, University of Sydney and the newDemocracy Foundation

Professor Geoff Gallop is Director at the University of Sydney's Graduate School of Government and delivered the 13th Annual Hawke Lecture in 2010 on the topic of Re-thinking Australian Politics: Engaging the Disenchanted in which he critiqued modern political processes and their impact on the community. 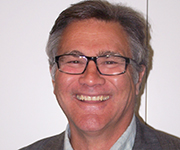 Professor Geoff Gallop AC was a member of the Western Australian Parliament for twenty years from 1986 and Premier from 2001 to 2006. Since retiring from politics he has been Director of the Graduate School of Government at Sydney University. He was Deputy Chair of the COAG Reform Council from 2007 to 2011, a member of the National Health and Hospitals Reform Commission from 2008 to 2009 and is currently Chair of the Australia Awards Board for the Commonwealth.  He chairs the research committee for the New Democracy Foundation and is on the Board of the Hawke Research Institute. In 2012 he published Politics, Society, Self: occasional writings (UWA Publishing).