Do you really know what you are wearing?

In April this year the collapse of the Rana Plaza building in Bangladesh claimed the lives of 1127 Bangladeshi men and women. Over another 1000 people were badly injured in the collapse, many losing limbs.  The conditions exposed at the Rana Plaza were not unique. Dangerous workplaces, low wages and long working hours are commonplace throughout the garment industry. Companies seek the lowest production costs in countries like Bangladesh, Indonesia and Cambodia and poor workers comply in order to feed their families.

The Bangladesh tragedy has brought to light the lack of transparency in the garment industry. Australians are increasingly questioning how we as clothing shoppers and as investors (through our super funds) can help to promote fairer conditions for garment workers. We need to know how, where and under what conditions our clothing is being made.

This forum will explore the inhumanity endured by garment workers, and how Australian businesses can support better conditions. We will also learn how Australians as consumers and investors can contribute to positive change in the garment industry. 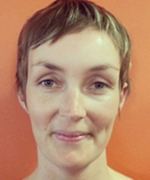 Daisy Gardener: Corporate Accountability and Fair Trade Adviser, Oxfam Australia
She has twelve years' experience in corporate accountability and women's rights issues. Prior to joining Oxfam Australia in 2007 Daisy was the campaign coordinator for FairWear, focusing on the rights of home-based garment workers in Australia. She has published in Gender and Development on companies obligations to uphold workers' human rights in international supply chains. Daisy is a board member of the International Campaign to Abolish Nuclear Weapons (ICAN) Australia and Gene-Ethics. She lives in Melbourne. 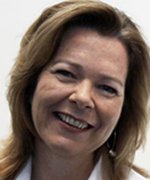 Michele O'Neil: National Secretary, Textile Clothing and Footwear Union of Australia
Michele has represented workers in the textile, clothing and footwear industry for over 20 years and has held a variety of union positions in her own union and in the broader trade union movement. She has been National Secretary since August 2008.  Michele represents the union on the ACTU Executive and is an Executive Member of the Global Union Federation IndustriALL. She has been appointed by Government to represent the industry and Union on a variety of Government bodies including the National TCF Innovation Council, the Prime Minister's Taskforce on Manufacturing and the Manufacturing Leaders Group. Michele is an active campaigner for the rights of low paid, women and migrant workers, outworkers, refugees and asylum seekers. Michele is a committee member of Fairwear and the national joint Union/Industry body, Ethical Clothing Australia, which works to end the exploitation of workers in the industry. 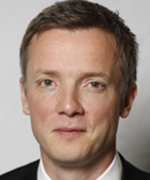 Mans Carlsson-Sweeny: Senior Environmental, Social and Governance Research Analyst
Mans Carlsson-Sweeny joined AMP Capital in September 2010 as ESG Research Analyst. In this role, Mans is responsible for the analysis of ESG issues and sustainability drivers for a number of sectors, as well as regularly engaging with companies on ESG issues. Mans has 10 years' experience in the investment industry including three years in ESG research with the largest independent Scandinavian investment bank Carnegie Investment Bank. He also has investment and business analysis experience at Macquarie Bank and Accenture in the United Kingdom.

In addition, Mans has provided specialist expertise to institutional investors on long term investing with an emphasis on sustainability at the independent advisory firm Arbor Partners. Mans holds a Bachelor of Science in Business Administration and a Master of Financial Management from the Gothenburg School of Economics, as well as an International Master of Business Administration (with Distinction) from Griffith University in Queensland.

About AMP Capital
AMP Capital is a leading investment house with over $131 billion in funds under management. AMP Capital has a heritage and strength in real estate and infrastructure and provide clients with contemporary solutions in fixed income, equities and multi-asset portfolios.