Keeping the peace: avoiding the cost of conflict in humanitarian aid

A series of bi-monthly forums, for dialogue, discussion and questions, on key international development issues involving and affecting the Australian community: July 2005 - October 2006

The impact of modern conflict on civilians is intense and generates huge demands on aid agencies on the same scale as natural disasters.  The need to deliver emergency resources can compromise ongoing community development programs in areas such as education, health and employment. So what intervention is required to actually prevent war and other large scale humanitarian emergencies? The Hon Bob Hawke AC, former PM, will share from his experience in preserving peace, while Tim Costello (World Vision Australia) and Charles Tapp (AusAID) will explain how their organisations deal with the frontline of such conflict and their efforts to prevent it. 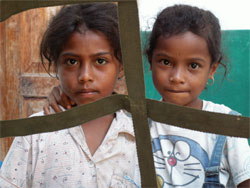 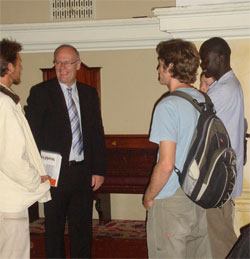 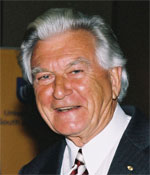 Mr Hawke joined the Australian Labor Party (ALP) in 1947 and was elected President of the ALP for the period 1973-1978. In 1980 he was elected to the Federal Parliament, and in February 1983 became the Leader of the Opposition. He led the Labor Party to victory in the general election in March 1983 and, in winning three successive elections, became Australia’s longest serving Labor Prime Minister through to December 1991.

Mr Hawke was made a Companion of the Order of Australia (AC) in 1979. He is an Honorary Fellow at the University College of Oxford.

He holds a number of honorary positions including: Member of the Board of Advisers of the Boao Forum for Asia and Chairman of the Committee of Experts on Membership of the Education International.

Bob is well known as a person of passion, intensity and sense of purpose. During his period as Prime Minister, he was able to embrace the broad changes that were taking place in Australian society and on the world stage. He saw open trade arrangements and the securing of international peace and security as inextricably linked. As he moved the nation resolutely into a globally based economy he made sure that working for consensus and justice were as equally emphasised as economic growth and he made his mark in many world scenarios –from fighting apartheid to dealing with the difficult challenges of the Middle East.

After studying law and education at Monash University and obtaining his Masters in Theology at the Melbourne College of Divinity, Tim was ordained a Baptist Minister in 1986. He established a vibrant and socially active ministry at St Kilda Baptist Church between 1986 –1994 and was elected Mayor of St Kilda in 1993.

In 1995 Tim was appointed Minister of Collins Street Baptist Church and Executive Director of Urban Seed, a Christian not-for-profit organisation that provides outreach services and hospitality to the urban poor. He held this position until his move to World Vision.

Tim’s passion for justice has compelled him to experience the lives of the poor in the Philippines, Sudan, Cambodia, Brazil, Indonesia and East Timor. What he saw and felt on these trips compelled him to challenge global poverty in the name of his fellow Australians.

More recently, the nation has seen him as a major spokesperson on the frontline of the Tsunami tragedy –on the ground and in the midst of the destruction and the pain of broken communities in desperate need of help, and always giving his all.

Tim has aroused many Australians to take action, and as the leader of an organisation that works to stimulate empathy for those in enduring need or in crisis, he is widely regarded as a person who lives and works according to his beliefs. 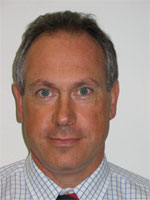 He also ran the emergency operations in the Sudan famine (1985). His career has been predominantly in the foreign aid and environment field.

While the views presented by speakers within the Hawke Centre public program are their own and are not necessarily those of either the University of South Australia or The Hawke Centre, they are presented in the interest of open debate and discussion in the community and reflect our themes of: strengthening our democracy – valuing our cultural diversity – and building our future.