Walls and wars, rights and ruins: the revelations of forensic architecture

With Eyal Weizman, Professor of Visual Cultures and Director of the Centre for Research Architecture, Goldsmiths, University of London

From the rubble of Gaza through the destroyed villages of Darfur, the scorched earth of the Guatemalan highlands, to the satellite surveillance of nuclear sites in Iran, architecture and its ruins are the vehicle for understanding and communicating the meaning of contemporary and recent affairs. Indeed, with the urbanization of conflict, architecture defines the pathology of our era.

The presentation of spatial evidence within the fields and forums of war-crime investigation distinguishes this new field of forensic architecture.

Geospatial data, maps and models of cities and territories, the "enhanced vision" of remote sensing, 3D scans, air and ground sampling and high-resolution satellite imagery redraw the surface of the earth in variable resolutions from the bottom of the sea-bed to the remnants of bombed-out buildings. Using these tools, forensic architecture enhances understanding of human conflict and assists the pursuit of international justice. 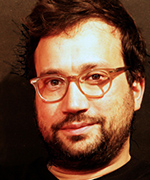 Eyal Weizman is an architect, Professor of Visual Cultures and Director of the Centre for Research Architecture at Goldsmiths, University of London. Since 2011 he also directs the European Research Council funded project, Forensic Architecture - on the place of architecture in international humanitarian law.  Since 2007 he is a founding member of the architectural collective DAAR in Beit Sahour/Palestine. Weizman has been a professor of architecture at the Academy of Fine Arts in Vienna and has also taught at the Bartlett (UCL) in London and the Stadel School in Frankfurt. He lectured, curated and organised conferences in many institutions worldwide.  His books include The Least of all Possible Evils (Nottetempo 2009, Verso 2011), Hollow Land (Verso, 2007), A Civilian Occupation (Verso, 2003), the series Territories 1,2 and 3, Yellow Rhythms and many articles in journals, magazines and edited books.  Weizman is a regular contributor and an editorial board member for several journals and magazines including Humanity, Cabinet and Inflexions.

He has worked with a variety of NGOs world wide and was a member of B'Tselem board of directors.  He is currently on the advisory boards of the ICA in London, the Human Rights Project at Bard in NY, and of other academic and cultural institutions.  Weizman is the recipient of the James Stirling Memorial Lecture Prize for 2006-2007, a co-recipient of the 2010 Prince Claus Prize for Architecture (for DAAR) and has deliver the Rusty Bernstein, Paul Hirst and the Edward Said Memorial Lectures amongst others.  He studied architecture at the Architectural Association in London and completed his PhD at the London Consortium/Birkbeck College.