Through Their Eyes: Of Diamond Rings and Cows - Diamonds for Love and Cows are for?

We are reminded everyday of how we live in a global village and indeed we see the evidence of this in all areas of our lives. Within this global village though, there are affluent neighbourhoods as well poor ones; there are influential sections and powerless ones. This lecture raises the issue of how dominant cultures within this global village push smaller cultures into ghettoes from which the latter can only feebly protest, if that at all. Dominant cultures have claimed the right to describe 'the other', frame issues, define the norm and consequently define what is abnormal or aberrant.

There will be no true partnership between the developed countries and developing countries, and consequently the progress of the whole village will be compromised and undermined, until and unless there is true respect of the cultures and traditions of the latter. Developing countries must insist on a respectful place within the village and one place to start is a re-claiming of the right to define their issues.

Why is it that a diamond ring is a symbol of love but lobola/bogadi is a purchase of a wife? Both are gendered transactions but only one is singled out as aberrant; why is that?

In this lecture, I look at these and other issues through my eyes, claiming the right to contribute to the definition my issues and to be heard on the matter. I do not deny the right of an observer to examine and analyze. I do however insist that Africans must start to boldly and loudly insist that a view is not valid just because it is offered by the 'West'. 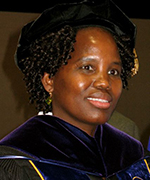 Unity Dow has been a judge, human rights activist, and writer in Botswana. Unity had 11 years of experience as a judge of the High Court of Botswana before retiring in April 2009.

Unity has more than fifteen years of experience working in collaboration with international human rights organisations (for varying periods). Among these are: The Urban Morgan Institute of Human Rights, International Association of Women Judges, International Women's Rights Action Watch, Amnesty International, UNICEF and Africa Legal Aid and the International Commission of Jurists. She was also one of three judges who, in December 2006, decided the Kalahari Bushmen had the right to return to their ancestral lands.

She has more than 16 years of experience in women human rights activism, including on issues of HIV/AIDS. She participated in work aimed at assisting the rehabilitation and recovery of justice systems emerging from conflicted, including recently, a mission to Rwanda. She was also involved in a UN Mission to Sierra Leone aimed at the assessment of the situation of women and girls at the end of the civil war in that country.

Unity has contributed articles to various publications on the subject of human rights as well as authoring four novels. Her fourth novel, 'The Heavens May Fall' deals with child abuse and the role of women in a traditionally male-dominated society. Her non-fiction works include a book on HIV/AIDS to be published in Southern Africa in December 2009.

She will be running a series of workshops at the Washington and Lee University School of Law and the University of Cincinnati, before taking up a semester post as a visiting professor at Columbia Law School, New York.