This exhibition explores the notions of table: to lay for discussion; tabula rasa: to scrape away and erase; and place-setting as premises to reconfigure and reinterpret the table from the 2007 Interior Architecture Kerry Packer Civic Gallery exhibition 'a place at the table'. The table has become the metaphorical setting for narratives and artefacts to describe the 'places' people have made [set] in South Australia. These may be cultural, social, political, commercial, spatial or landscape settings. Explorations of the themes such as "under the table; table talk; table of contents; round table" are used as prompts for the production of provocative artefacts, text and images. Curated by staff of the UniSA School of Art Architecture and Design. 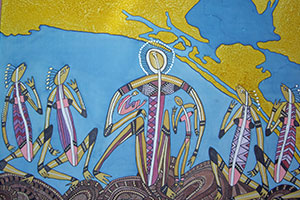 Four female Indigenous artists coming together to tell their stories through art. Four very different women united through their Aboriginality make statements of who they are, how they think, and how they express themselves.

Traditional, confronting, political and amusing, their artworks tell the history of Australia since invasion and explore the relationship between Aboriginal and non-Aboriginal people in Australia today. Various media are used, accompanied by explanations from the artists about their work and histories.

Artists:
Muriel 'Mumthelang' Van Der Byl AM paints on silk, recounting the stories handed down through the generations and told to her by her Grandmothers.

Chrissie 'Myllika' Houston uses sculptures and paintings to stress the importance of storytelling and the affinity that all Indigenous people have with 'Mother Earth'.

Sandra Saunders paints using wit and satire to tell of the injustice of the past and of the painfully slow political progress to reconcile.

Julianne 'Ambo' Jakaitis is beginning a path to unravel her Aboriginality, that has been masked under the cover of uncertainty, disguised and never spoken of, yet with the subtle innuendo of heritage always in the background. Julianne paints the stories while on her voyage of discovery, those that are her birthright, and embedded in her cultural identity.

Four very different women but not, united in their cultural heritage, all emerging and converging to make statements of their identity that will hold them firm, whilst progressing to make their individual statements. 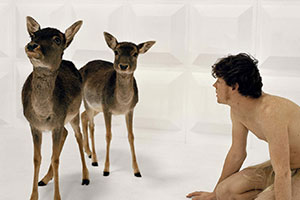 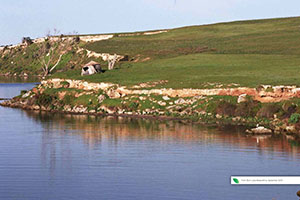 This display presents 28 poster-sized photographs of the dire state of the River Murray and Lakes Alexandrina and Albert showing:

The photographs will also show Nature replenishing the earth with grasses growing over exposed acid sulfate soils after last winter's rains. This display supports low-intervention bioremediation of the area, rather than the building of weirs, which will further damage an already stressed area.

The photographs are taken by people who live on the River and by the Lakes and who are monitoring the changing conditions constantly.

The River Lakes and Coorong Action Group believe these graphic photographs will educate the public and politicians about the need for action now.

Architecture without Paper
29 April - 26 May 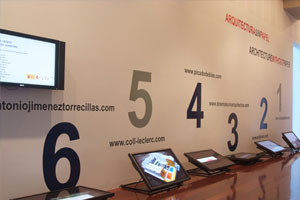 Rosey Boehm PhotographyAs part of its 2010 program of cultural activities, the Embassy of Spain in Australia, in conjunction with the Architecture Museum, University of South Australia, is proud to present the exhibition "Arquitectura sin papel" / Architecture without paper, a splendid example of the latest Spanish trends in visual design.

Rosey Boehm PhotographyArchitecture without paper, produced by the Spanish Ministry of Foreign Affairs and Ministry of Housing, is the result of the work carried out by a group of 15 young architectural firms with a vision and the wish to show their work through a less conventional medium by using a digital format to express their creativity. They have represented Spain at the XI Edition of the Venice International Architecture Biennale in 2009.

The purpose of the exhibition is to showcase the experimental ideas shaping the most recent trends in Spanish architectural design, highlighting the digital format as the medium for younger architects to express their creativity.

Architecture without paper offers the opportunity to view a sample of the works of this talented new generation of Spanish architects in a visually engaging format, which combines images and animation depicting architecture, photographs and graphic design. Their desire to explore alternative avenues to express their creation and their pioneering work are clearly acknowledged here. 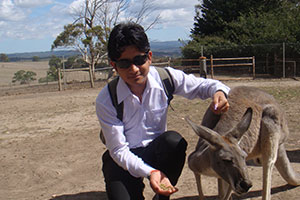 An Australian photo album project created by young photographers and aspiring artists of refugee background, and from new communities, exploring their culture and life experiences as new settlers to this country.

Through the process of this project the participants have not only enhanced their skills but have also engaged with the broader South Australian community. The project uses the power of creative expression to provide an uplifting and vibrant 'photo album' of our state's current cultural diversity at a time when sensationalism in media reporting and negative commentary from some community leaders have inflamed public opinion and impacted significantly on the peace of mind and well-being of refugee population groups, particularly African and Muslim communities. 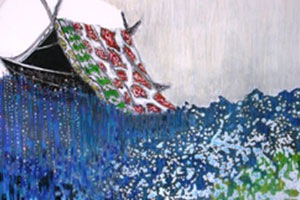 'Transfigured Night 3' is the second part of an exchange of works on paper between staff from the South Australian School of Art, Architecture & Design at UniSA, and staff from the Department of Art at Colorado State University in the US. All participants have responded to the title 'Transfigured Night'. Work from UniSA was exhibited at CSU in January 2010 and this exchange represents a strengthening of the existing student Study Abroad link between the two institutions.

Drawing is a direct, in the present, act of making a mark on a page.

Across disciplines, mediums and practices, the artists involved in "Transfigured Night 3: In the Present" all succumb to and continually return to the art of mark-making on paper. From the fields of electronic arts, sculpture, painting, drawing and graphic design, the faculty at the Colorado State University's Department of Art strive to create intersections and commonalities within the drawing process. The different styles and approaches of each artist implies the very non-linear, flowing and shifting nature of drawing within contemporary practices. 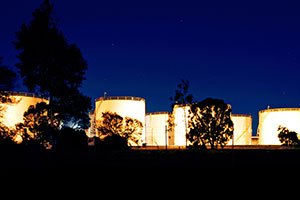 Photographs by Mark Kimber, Lecturer at the South Australian School of Art, UniSA and celebrated artist. "The compelling force that drives my work is finding a situation where the play of light, form and landscape converge in time and space to create an elusive and ephemeral piece of theatre." 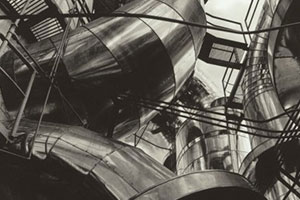 Wolfgang Sievers (1913-2007) left Germany in 1938 and became an Australian citizen in 1944. He is best known as an industrial and architectural photographer but was also a passionate campaigner for human rights, writing of his belief in '.....justice and tolerance of all people whatever colour or faith'.

Sievers' photographs speak of the dignity of labour and the visual beauty of the constructed world. His Gears for mining industry (1967) is a classic image in Australian art history.
This exhibition of works from the 1950s to 1970s is presented by the Graham F Smith Peace Trust in collaboration with Julian Burnside QC.  See more images of Wolfgang Sievers on YouTube. 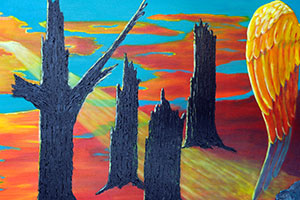 The 2010 chART exhibition will showcase individual and collaborative works from up to 50 women who are, or have been, homeless and part of Catherine House, a supported accommodation service for women who have experienced homelessness at some point of their lives.

chART is the culmination of an 8-month collaborative project between a number of South Australian professional visual artists and Catherine House artists culminating in this exhibition.

The women's artwork, inspired by weekly classes, a series of master classes and workshops held throughout the year in 'Sagarmatha' - the Education and Employment Centre, will be displayed along side the work of professional artists Yvonne Ashby, Dilys Brecknock, Emma Hack, Brigid Noone and Lucy Thurley who collaborated on the project.

"I have not yet tried an art media that does not excite me! I am inspired by dreams and metaphors, and the converting of ideas and emotions into visual images. Sometimes I draw upon my own inner world and dreams. Other times a person might say something that sparks an enduring image in my mind." Sarah 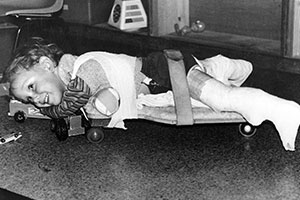 For 60 years, the Spastic Centres of South Australia have provided support for people with disabilities. Started by parents, scosa has helped develop opportunities for clients to become valuable members of their community.

The Miss South Australia Quest had major impact across the state, raising awareness and valuable funds to build the legacy which is scosa.

scosa helps clients achieve the most out of everyday

We play, we care, we laugh, we enjoy!

Join us and keep the celebrations rolling.